In this blog I will return again and again to what we refer to in the West as aesthetics.  Just as in Japanese it is difficult to translate some words or phrases directly into English the reverse is also true. There are aspects of aesthetics that are covered by many words in Japanese- but the words have overlapping meaning.

This post is about two objects purchased from an architectural salvage yard in Kirklees- the metropolitan district where I live and is centred around Huddersfield, West Yorkshire.  They are a mill stone and a trough (or possibly a mill stone) and are of a great and indeterminable age. They are made from local stone -which has its common geological name derived from the purpose it was put to – millstone grit. They are helping me learn the meanings of two Japanese words: Wabi (侘び)  and Sabi (寂び) and generally uttered in one breath wabi-sabi.

On its own wabi  originally meant hermit-hood – loneliness of living in nature, remote from society, but in the 14th century it took the meaning (when associated with sabi)  of rustic simplicity.

Sabi on it own refers to the serenity of old age- however the context of objects it is the patina of wear, scratches and marks of use and other indicators of age and use. Hence old, rustic, charm and beauty are embodied in wabi sabi. It is part of a search for simplicity, honesty and authenticity. 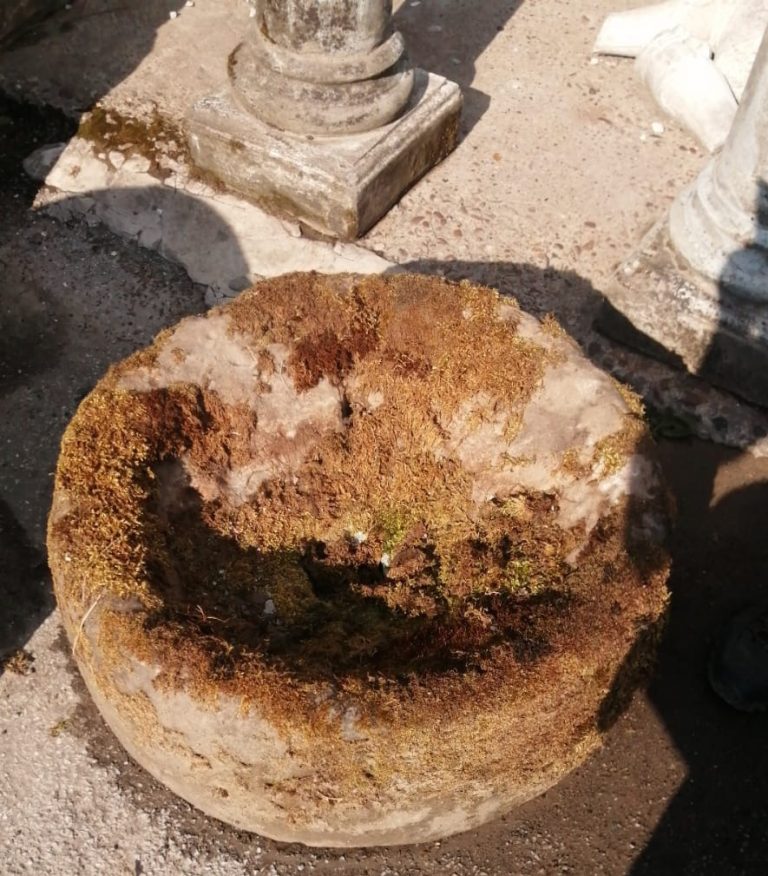 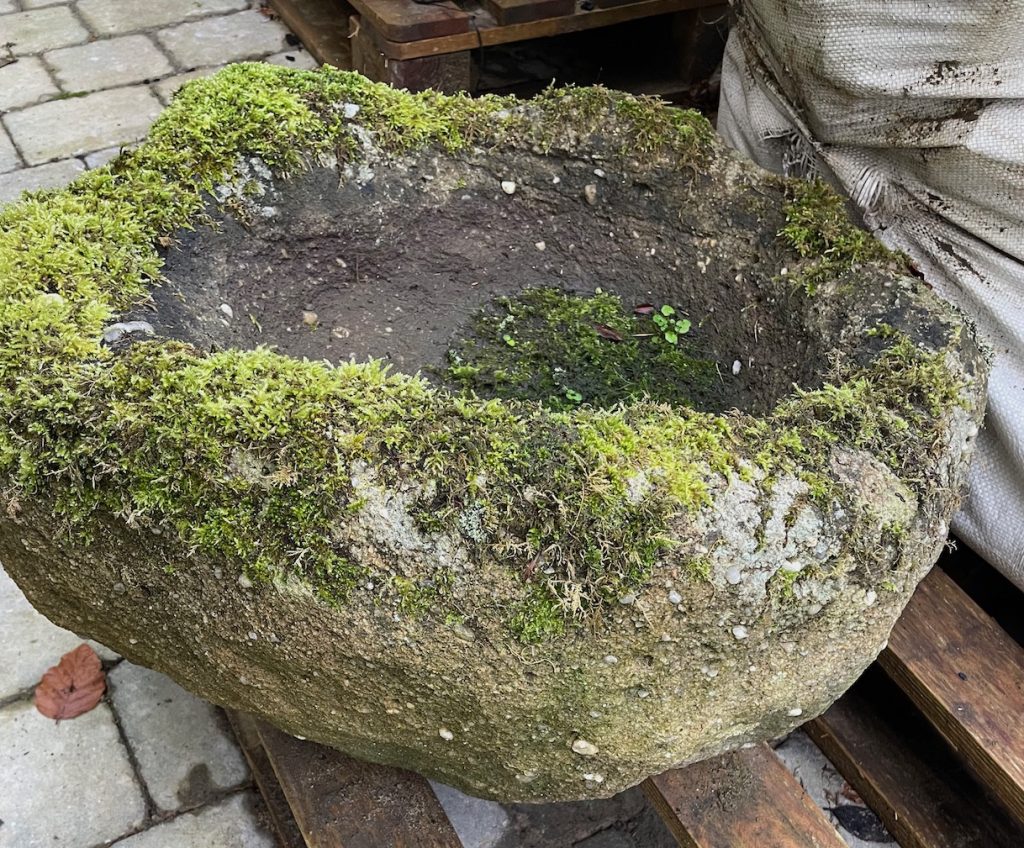 The stones are about 200mmm in depth and have a radius of about 450 to 500mm.  When the major stonework delineating the walls of the pathway up the “mountain” are complete and it becomes time to consider the placing of other stones and path- a conversation between millstones. plants, decorative stones and geography will establish a specific home for these objects. There is no plan – the millstones suggested I buy them and think about their role later.

The term used for using old things that had previous lives and purpose in Japanese is Mitate-mono and refers to the use of discarded building materials in garden design. The terms etymology is “things that are re-seen” or “seen again”.